A model of mutualism appears in my post-Covid-19 world perception. Confluence of the world’s greatest social security systems to detangle the informal economies in mega-cities.

Communities being reshaping through COVID-19

In the lives of the millennials, the few months of lockdown shook their entire identity. An identity of superficial connectivity and outwardly thinking disappeared. There was a dearth of commodities that were taken for granted.  This disorientation resulted in lateral thinking. I mention lateral thinking because it promotes the idea of being creative and drawing up new solutions to old problems. This thinking may be sometimes labeled as controversial but it sees a problem from different angles.

The Neo-Liberals faced a grappling society that they themselves constructed. The traditional reasoning in the privatization of health-care, fuel, and food soon seemed to be questioned by their own tribe.

Inclusive globalization was now studied. Corporations, government, and communities working together in the midst of the pandemic to collaborate, coordinate, and cope.  Global lockdown brought the economy to its knee. The discussions of illegal immigration, war, and billionaires did not make headlines.

The connected generation of Millenials suddenly collectively opposed exclusive capitalism. It made them rethink all decisions taken by their previous generation. Lateral thinking emerged in order to survive and as an outcome of global reflection.

Global youth felt grateful to health workers, showed sympathy towards poorer communities, and they were mindful of their lifestyle choices. The youth was craving for authentic interactions with their surroundings.

The pandemic was spread by the jet-setting privileged population. Yet, the underprivileged suffered the most from it. The global lockdown meant the financial crisis hitting the daily-wage workers. Particularly, seen in the developing nations. The government was unable to provide actual social safety nets to its under-privileged. Globally, migrant workers were left without money, food, health assistance, and in some cases families. Most migrant workers were not able to return to their native homes due to the closure of the borders.

At this point, communities took the reign and created community food camps. They fed the poorer segment of their society without questioning religion and immigration status. The imbalance of food security was witnessed. The lack of nutrition for the under-privileged was seen upfront by the leaders of tomorrow. They have learned the cost of healthcare when collective immunity comes to question.

The leaders of tomorrow along with its citizens decided to change the future. To transform into a kinder and inclusive world. A world with choices and knowledge for all. One of the first few initiatives driven by lateral thinking was the emergence of urban community farms.

Several urban community farms emerge in the heart of mega-cities. At the farm, the members are picking their vegetables for the week.  The members of the farm are families from low-income groups with a card called “SMART RATION CARDS”. These ration cards are an improved concept inspired by  India’s PDS initiative.  These cards allow them to get access to micro-nutrient rich food at a subsidized cost. “Member-only” food workshops are hosted to address food utilization. 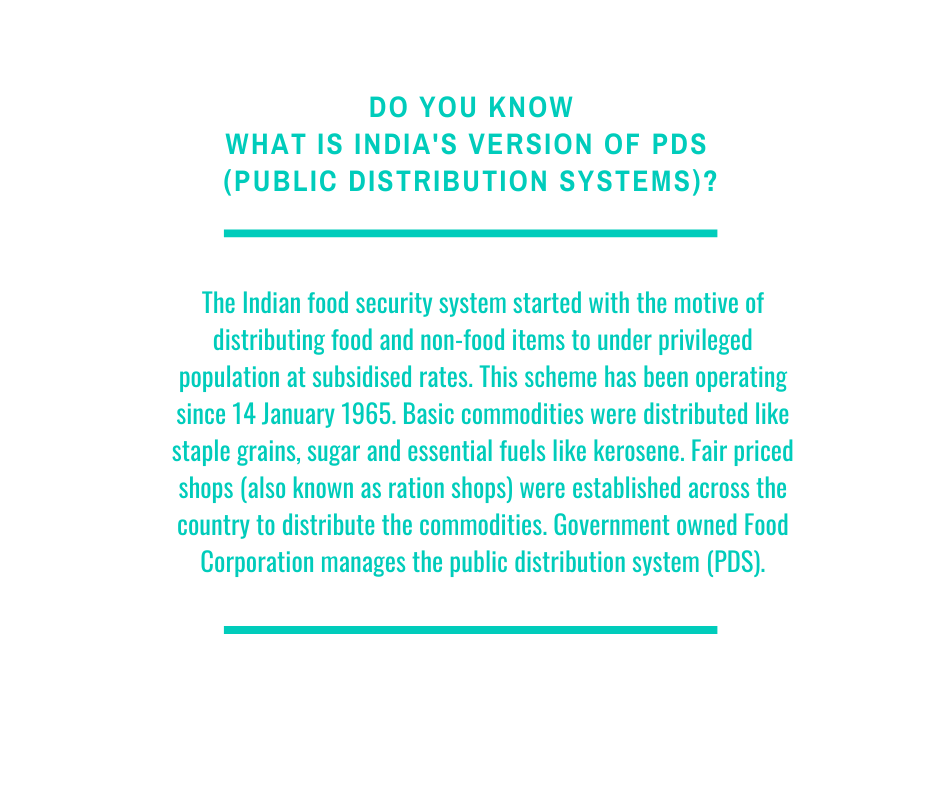 iThere are no comments

Follow FUTURE AIN'T WHAT IT USED TO BE on WordPress.com

Begin typing your search above and press return to search. Press Esc to cancel.